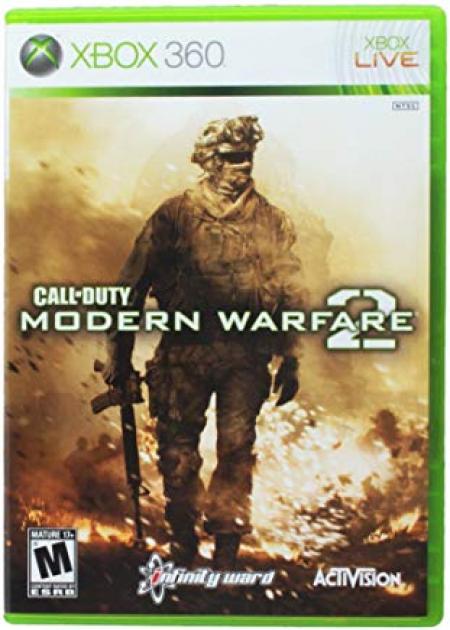 You have shown interest!

To celebrate next week's release of Modern Warfare, we are holding an old school Call of Duty: Modern Warfare 2 1v1 Tournament! Take on the competition and come out on top to become the COD Champion leading into the new Modern Warfare. (Don't worry we'll have tournaments for that too!!) .

We will supply Xbox One controllers, but you are able to bring your own. We will not supply headphones, so you must bring your own if you want them.

The tournament will be best of 3, 1v1s. There will be a time limit of 10 minutes and the first to 21 kills will be the winner of the round.

No leaving the normal boundaries of a map.

No Switching Teams or going into Spectator Mode at any time during a Game.

Copycat must be used as the Death Streak

Breaking any of Gameplay Rules #1-3, using a Banned Weapon, Banned Equipment, or Banned Perk will result in a Forfeit of the Game.

The Map will be Intervention Only, No Use of Secondary, Grenades and MLG Certified Equipment allowed

9.    Akimbo on all Secondary Weapons

Upon signing up for this tournament, I agree to the following statements:

• I will not destroy or damage any property or items belonging to Gamers Paradise if I lose terribly.

• I will not punch my opponent in the face if he/she beats me in my favorite game.

• I will not challenge the decision of the Gamers Paradise team if I am disqualified for cheating/breaking any of the rules.