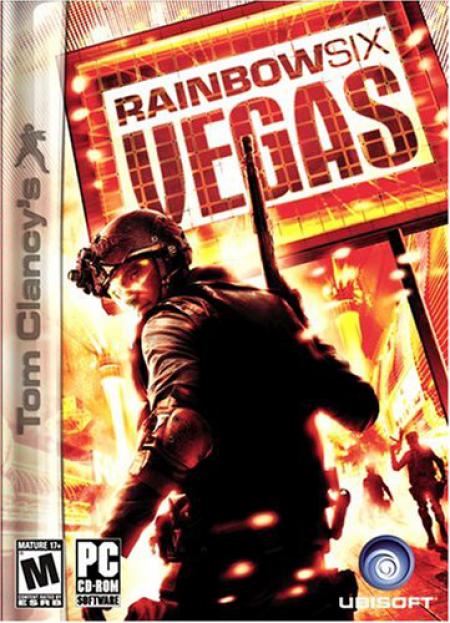 The team the player controlled in Tom Clancy's Rainbow Six: Vegas wasn't the only Rainbow Six-unit in Sin City at the time. Under the command of Team Leader Bishop a second squad cleared the backyards of the city while the other team enjoyed themselves in the casinos. The player takes control over Bishop and visits the other, dirty side of Las Vegas.

The gameplay hasn't changed since the first title so the game again puts four team mates at the player's side which he can give orders with the tactical interface including "Move to" or"Use Gadget". As he moves through the enemy infested areas, getting covered by his team, defusing bombs, rescuing hostages, two of the new features become evident: the Persistent Elite Creation (P.E.C.) and the Advanced Combat Enhancement Specialisation (ACES).

The P.E.C. allows the player to build a unique identity and save his progress from one match to another. Both in single and in multiplayer the player gains experience for killing bad guys and successfully completing objectives. Has he gained enough experience for the next rank, he will unlock new weapons, body armour and other more or less useful items. The ACES-system takes it a step further and rewards you a big chunk of experience and powerful weapons if the player completes challenges inside one of three categories: Marksman, Close Quarters and Assault. These challenges range from simply completing a specific Story Mode map to making a bunch of head shots in a row.