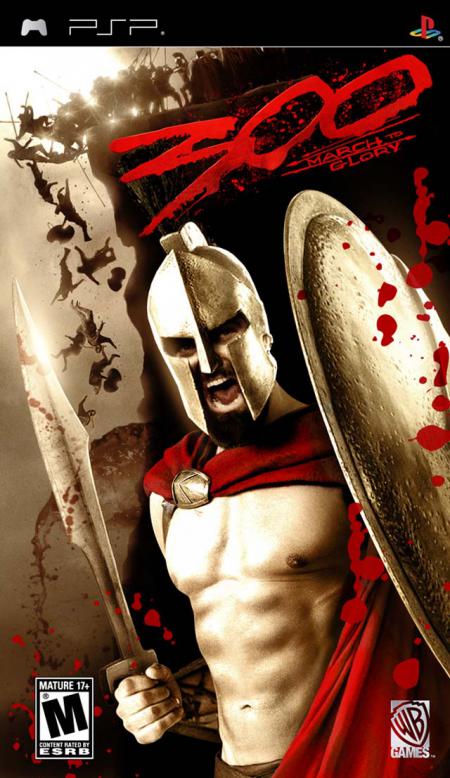 THIS IS A UMD for the PSP! It is not a DVD. Like Sin City before it, 300 brings Frank Miller and Lynn Varley's graphic novel vividly to life. Gerard Butler (Beowulf and Grendel, The Phantom of the Opera) radiates pure power and charisma as Leonidas, the Grecian king who leads 300 of his fellow Spartans (including David Wenham of The Lord of the Rings, Michael Fassbender, and Andrew Pleavin) into a battle against the overwhelming force of Persian invaders. Their only hope is to neutralize the numerical advantage by confronting the Persians, led by King Xerxes (Rodrigo Santoro), at the narrow strait of Thermopylae. More engaging than Troy, the tepid and somewhat similar epic of ancient Greece, 300 is also comparable to Sin City in that the actors were shot on green screen, then added to digitally created backgrounds. The effort pays off in a strikingly stylized look and huge, sweeping battle scenes. However, it's not as to-the-letter faithful to Miller's source material as Sin City was. The plot is the same, and many of the book's images are represented just about perfectly. But some extra material has been added, including new villains (who would be considered "bosses" if this were a video game, and it often feels like one) and a political subplot involving new characters and a significantly expanded role for the Queen of Sparta (Lena Headey). While this subplot by director Zack Snyder (Dawn of the Dead) and his fellow co-writers does break up the violence, most fans would probably dismiss it as filler if it didn't involve the sexy Headey. Other viewers, of course, will be turned off by the waves of spurting blood, flying body parts, and surging testosterone. (The six-pack abs are also relentless, and the movie has more and less nudity--more female, less male--than the graphic novel.) Still, as a representation of Miller's work and as an ancient-themed action flick with a modern edge, 300 delivers.