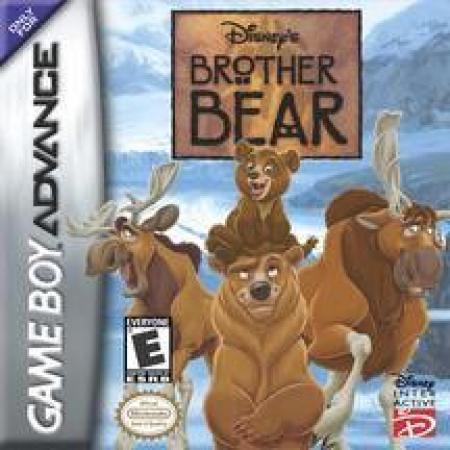 Live the rugged lives of Kenai and Koda, the bearish stars of Disney's new feature-length animated film, in Brother Bear on the Game Boy Advance. Disney's Brother Bear on the GBA gives gamers a chance to get their grizzly on! In this sidescrolling action-adventure game, the friendly bears must collect berries and avoid troublesome creatures and natural obstacles. Surviving the wilds will take skill and bearish ingenuity. Features Romp through 4 worlds featuring 16 levels and bonus games. Kenai and Koda, the two lead bears, are beautifully animated. Unlock new games and puzzles. Check out story cutscenes from the movie. Bottom Line Disney's Brother Bear is a standard sidescroller that's eerily similar to other Disney GBA titles like Lion King 1 1/2. Despite this, the gameplay is fun and the two bears are particularly well-animated. Fans of the Brother Bear movie should check this one out.