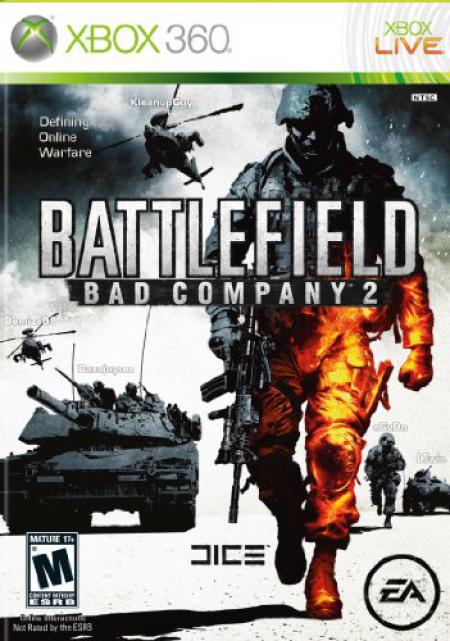 Battlefield Bad Company 2™ brings the Battlefield gameplay to the forefront featuring best-in-class vehicular combat with unexpected "Battlefield moments." New vehicles like the ATV and a transport helicopter allow for all-new multiplayer tactics in the warzone. With the Frostbite-enabled Destruction 2.0 system you can take entire buildings down, and create your own fire points by blasting holes through cover. Compete in four-player teams in two exclusive squad-only game modes, fighting together to unlock exclusive team awards and achievements. Battles are set across eight expansive sandbox maps, each with a different tactical focus. The game also sees the return of the B Company squad in a more mature single player campaign. Spectacular online vehicle warfare: Fifteen land, sea and air vehicles to master, each with its own tactical advantage. Destruction 2.0: Take down entire buildings, create fire-points in cover, or blow them up entirely! Battle, your way: Define your role on the battlefield with thousands of kit combinations allowing you to completely customize your style. Squad up! Work together in your four-man squad for true tactical advantages -- issue squad commands, earn bonus squad points, and secure victory! Intense single-player campaign: Join up with B-company in a daring global mission to prevent World War III.