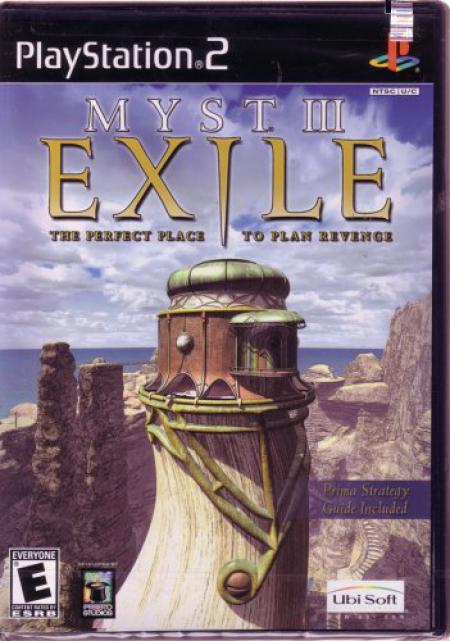 MYST III Exile introduces a bitter villain whose home world was destroyed by Sirrus and Achenar, the sons of Atrus and Catherine, whom players originally encountered in Myst. Played by Academy Award nominee Brad Dourif (One Flew Over the Cuckoo's Nest), the villain has been hiding on Atrus' Ages, awaiting his chance to gain revenge. Inadvertently, Atrus himself has provided that chance by re-establishing contact with the D'ni providing the perfect impetus for a man whose heart seems bent completely on revenge. The player must track the villain through several surrealistic Ages, navigating puzzles to uncover the truth behind this new adversary. Only then can disaster be averted, and the fate of thousands ultimately determined... Myst III Exile features five entirely new Ages for players to explore and hours of new mysteries to uncover. Fans will find more of what they love with Myst and Riven and newcomers will be amazed by this epic wonder that has captivated millions. By drawing on the history of the series and new technology, Myst III Exile for the Xbox is a true evolution of the series, not just a continuation.