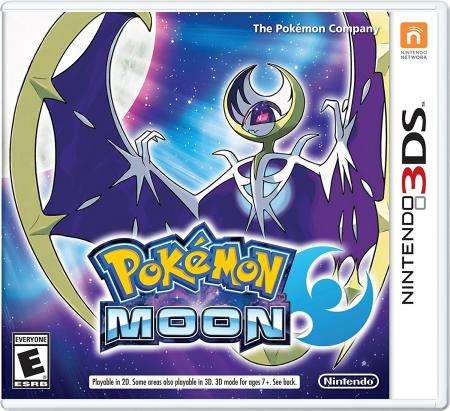 Dragon Quest VII: Fragments of the Forgotten Past
87.93

Embark on a new Pokemon adventure

In the Pokemon Sun and Pokemon Moon games, embark on an adventure as a Pokemon Trainer and catch, battle and trade all-new Pokemon on the tropical islands of the Alola Region. Engage in intense battles, and unleash new powerful moves. Discover and interact with Pokemon while training and connecting with your Pokemon to become the Pokemon Champion!

The Pokemon Sun and Pokemon Moon games for the Nintendo 3DS family of systems represent the seventh and latest installment of the core Pokemon series.

* Set out on an adventure as a Pokemon Trainer in the new Alola Region.
* Choose one of the three new Partner Pokemon - Rowlet, Litten and Popplio.
* Discover the mystery behind the new Legendary Pokemon Solgaleo and Lunala.
* Discover new Pokemon to catch, battle and trade.