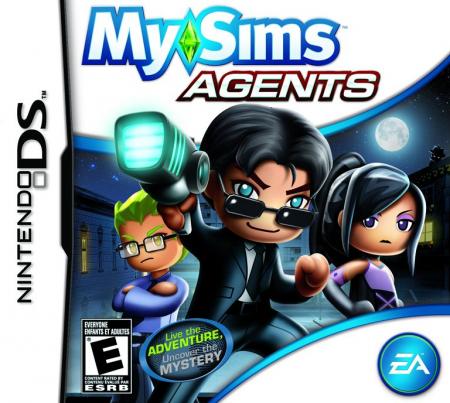 In MySims Agents players take on the role of a special agent on a mission to uncover and foil the sinister plans of Morcubus, the corrupt CEO of MorcuCorp. Players will search for clues and solve cases across the city and far beyond as they piece together his nefarious plans. Armed with a set of increasingly sophisticated gadgets, players will track footprints, pick locks, hack into computers and do molecular forensics. They will jump, climb, balance and build their way to follow cases no matter where they lead, even taking a private jet to reach an ancient temple, a spooky mansion and an icy mountaintop chalet. Along the way they meet MySims they can recruit to build up their own team of agents, and unlock rare items they can use to deck out their headquarters.