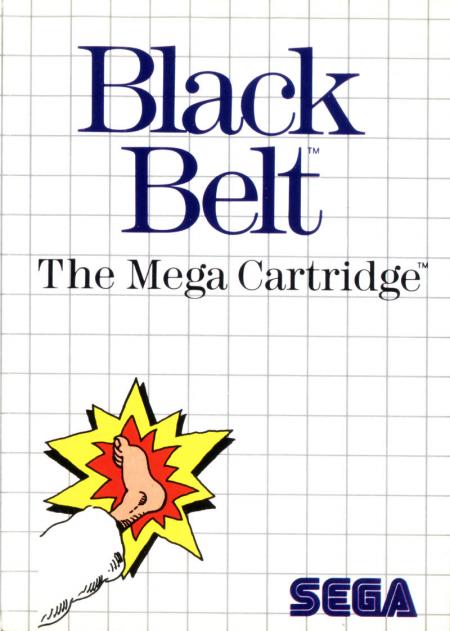 Black Belt is a side-scrolling single-plane beat 'em up game released for the Master System in 1986. It is a localization of the Japanese Mark III game, Hokuto no Ken, based on the manga and anime series of the same name. The player takes control of a martial artist named Riki, who sets out to rescue his girlfriend Kyoko from his rival, Wang. The game is composed of six left-to-right side-scrolling stages in which Riki faces different types of underlings (depending on the stage), facing the occasional sub-boss at midpoints of certain stages. Keeping true to the original source material Hokuto no Ken , underlings violently explode upon being punched or kicked. At the end of each stage, Riki must confront the stage's boss, each being susceptible to only one type of attack. The player must exploit their opponent's weakness and use it to finish the boss off.