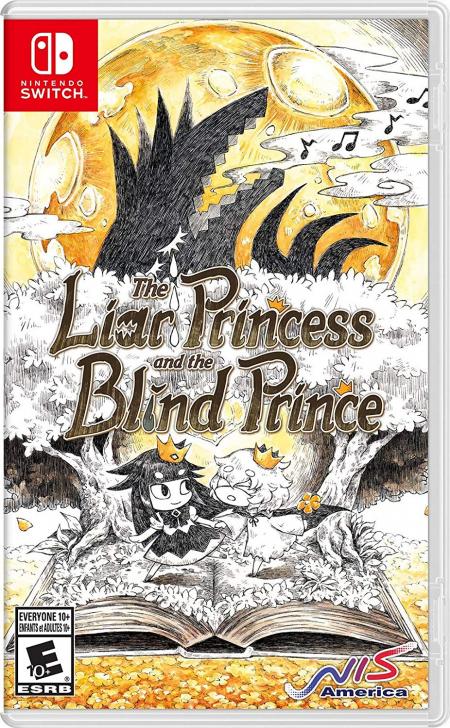 Seemingly plucked from the pages of an ancient fairy tale, The Liar Princess and the Blind Prince tells the story of a solitary wolf, who sings a beautiful melody in her loneliness, and the young prince who seeks out the voice's origins. Upon finding its source, the prince inadvertently startles the wolf, who blinds him by accident. When the prince is locked away, the wolf seeks to free him and restore his sight. The wolf visits the witch of the forest to receive a human form so that the prince could no longer be harmed. In exchange for her singing voice, the wolf becomes a princess and returns to the blind prince. The two then embark on a dangerous journey to bring the prince to the witch of the forest and heal his eyesight. All will be revealed in this beautiful, haunting fairy tale