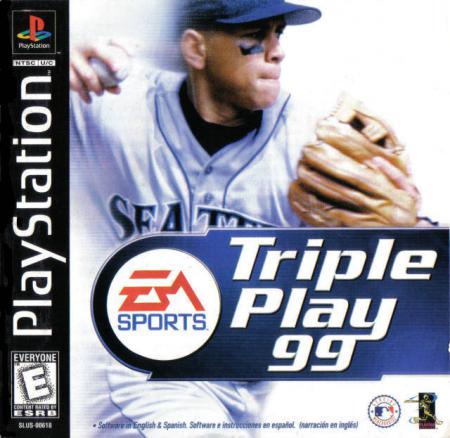 This iteration of EA's baseball simulation adds 3D hardware support, a career mode, and a full-league draft. It features official Major League Baseball statistics and names of all teams and players from the 1998 season. Other modes include single-game exhibition, home run derby, play-off, tournament, season and manager. The new career mode allows you to play multiple seasons. Tournament mode allows you to create a custom tournament with up to eight teams. The Full-league draft allows you to build your own team from scratch using trade points, that determine the amount of and skill of players you can acquire. Manager mode has you looking at all the statistics behind the game instead of the more action based actual ball game. Multiplayer options for PC version include modem, LAN and internet modes. Playstation supports two player split-screen. The game's commentary is supplied by Jim Hughson and Buck Martinez