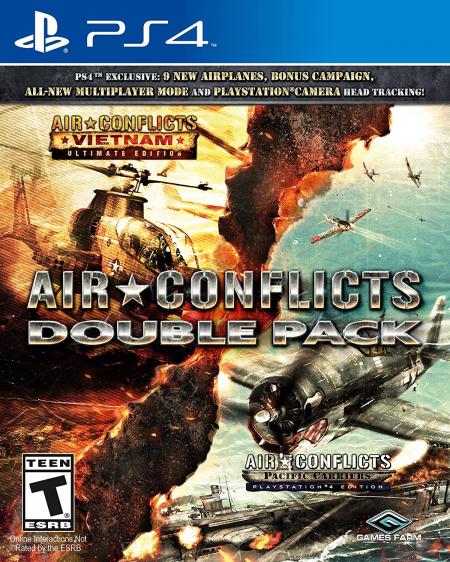 Experience explosive airborne action, high in the skies over historic battlegrounds and set across two different wars, in Air Conflicts: Double Pack on Sony PlayStation4 - combining both Air Conflicts: Vietnam and Air Conflicts: Pacific Carriers in one high-octane package! In Air Conflicts: Vietnam, take your seat in the cockpit of various fighter planes and helicopters, and plunge straight into daredevil aerial battles above the jungles of Vietnam! Air Conflicts: Pacific Carriers then sees you step back into World War 2 and play your way through two distinct campaigns, either coordinating the defense of Pearl Harbor and the liberation of the Pacific Ocean by order of the USA - or winning honor and glory for the Japanese empire. Experience the vast scale of these defining conflicts that shaped the history of warfare on the o