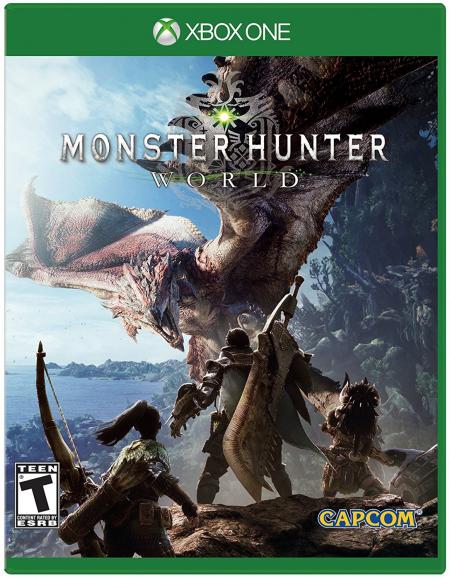 Among The Sleep Enhanced Edition
40.93

The latest entry in the critically acclaimed 40 million unit selling action RPG series, Monster Hunter: World introduces a living, breathing ecosystem in which players take on the role of a hunter that seeks and slays ferocious beasts in heart-pounding battles. Venture on quests alone or with up to three other hunters in a newly designed online drop-in multiplayer system which allows cross-region cooperative play between Japan and the West, uniting the global player base for the first time ever. Monster Hunter: World will also be the first game in the series with a worldwide simultaneous launch window and is planned for release on PlayStation 4 computer entertainment system and Xbox One in early 2018. A PC release will follow at a later date. Monster Hunter: World sees players gear up to venture on quests to battle against fearsome monsters, progressi