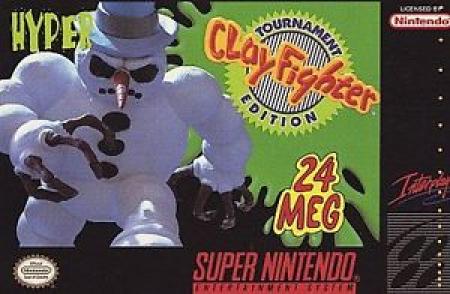 Clay never had it so good. This outrageous new Clay Fighter Tournament Edition lets you smack it up with eight friends at a time. So, let the clay fly.

- More punching power with three and four hit combos and daster game speed (twice as fast as the original!).
- More balanced game play increases your chance of survival.
- Setup up single elimination, double elimination and sudden death tournaments with four or eight of your friends - or use the tournament format to match your skills against the computer.
- Keep track of your tournament with the Tournament Ladder - complete with winners and losers brackets.
- Expanded voice over gives you more trash talking and blow-by-blow descriptions throughout the game.
- Bright, bolder graphics and awesome new clay backgrounds.
- Pick a name, any name, to customize your character.