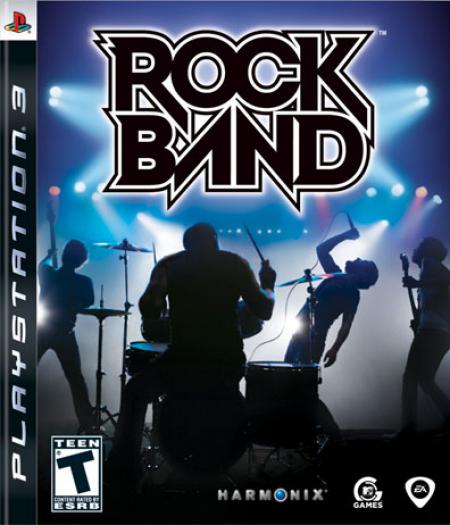 Developed by Harmonix, creators of the blockbuster Guitar Hero franchise, Rock Band is an all-new platform for gamers to experience music, giving players the chance to rock in the shoes of the biggest guitarists, bassists, drummers and singers of all time ? as a solo superstar or as part of a hard rocking band. Rock Band delivers four music games in one ? challenging rockers to master lead guitar, bass guitar, drums and vocals. Built on unprecedented deals with top record labels and music publishers, the music featured in Rock Band spans all genres of rock and includes many master recordings from legendary artists. Rock out your way! Players can beat on drums, sing along, groove as a bassist and shred riffs as guitarists (using a licensed replica of the legendary Fender? Stratocaster?) ? either in single player career mode leading a band, in multiplayer as part of the band, or a