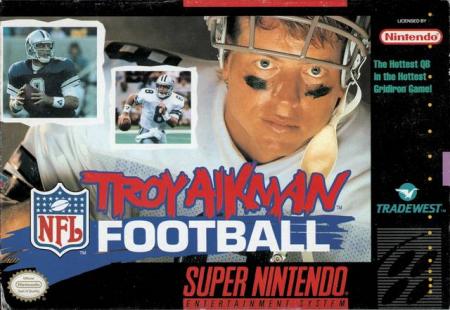 Troy Aikman NFL Football is a football game endorsed by then-Dallas Cowboys starting quarterback Troy Aikman. Like many football games of the era, it uses a slanted perspective of the football field positioned behind the first player's team. Players call plays and attempt to score touchdowns within the time limit.

The game has customization options as well, from minor changes like the state of the field to how the football season will play out in the season mode (the real life 1993 NFL season schedule is built in as a default). There are also exhibition and playoff modes available.

The game was originally released for Genesis and Super Nintendo in 1994. It was ported to the Atari Jaguar the following year.