50 Cent: Blood on the Sand for PlayStation 3 | Gamers Paradise 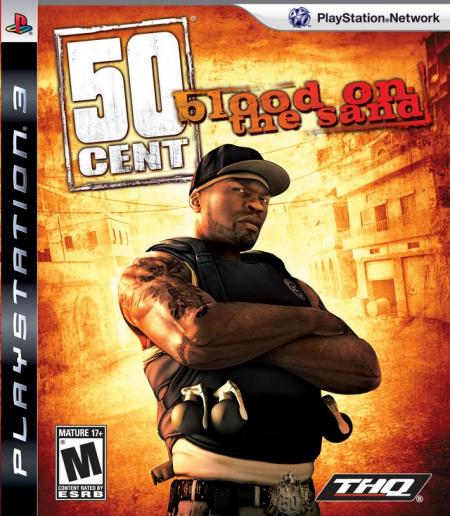 After performing a sold-out concert in a fictional war-torn country, 50 Cent and the G-Unit are robbed of their cash and paid in kind with a priceless diamond encrusted skull, which is subsequently stolen by the local crime-lord's gang. Determined to collect his payment and enact revenge on the gangsters foolish enough to disrespect him, 50 Cent sets out to get rich or die trying. 50 Cent: Blood on the Sand features intense third-person action/shooter gameplay, an intuitive cover system, drop in and drop out online multiplayer co-op, merciless melee counter-kills and a soundtrack that combines 50 Cent's greatest hits with 18 exclusive new tracks. 50 Cent: Blood on the Sand puts players in control of their own virtual action film by blending visuals from the Unreal 3 game engine technology with an over-the-top story and voiceover work by 50 Cent and the G-Unit's Tony Yayo, Lloyd Banks, and DJ Whoo Kid.