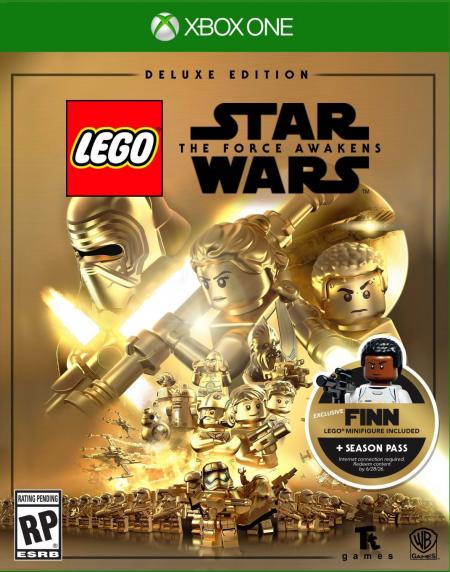 Experience all of the action and adventure of the latest chapter in the classic space opera series Star Wars, Star Wars: The Force Awakens, as recreated with LEGOs in the LEGO Star Wars: The Force Awakens Deluxe Edition! Choose a character from the movie redesigned in LEGO form and then become part of the story! Fight against the Dark Side and the remaining forces of The Galactic Empire known as The First Order. As you move through the game, use the Multi-Builds option to create paths and then destroy them to make new ones. Additionally, during battles in Blaster Battles mode, hide behind your surroundings. Beyond the game, this Deluxe Edition includes a Finn minifigure and exclusive season pass content!