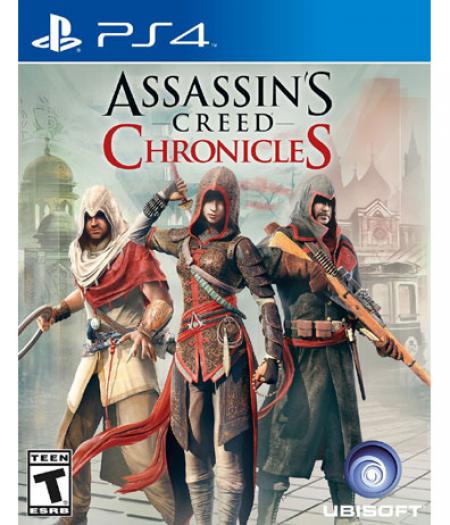 A thrilling new saga in the Assassins Creed Universe, Assassins Creed Chronicles take players to three distinct civilizations and time periods throughout history: the start of the Ming Dynasty crumble, the Sikh Empire going at war in India and the aftermath of Red October revolution.

Designed for masters of stealth who share a passion for rewriting history with games, Assassins Creed Chronicles let players embody Assassins Shao Jun, Arbaaz Mir, and Nikolai Orelov in a 2.5D reimagining of the Assassins Creed universe. Slay from the shadows, master the art of parkour, and take the leap of faith in a collection of stunning, living paintings.

3 UNIQUE EPISODES: Each with a distinct hero, art style and setting

MASTER DIFFERENT COMBAT STYLES: Each Assassin is equipped with powerful weapons and distinct gadgets, providing a wide range of abilities in your arsenal

STEALTH IN A NEW DIMENSION: Experience the thrill of being a Master Assassin in 2.5D FAST AND FLUID ASSAULT COURSE: Scout, sneak and hide to avoid detection. Find your target, kill and escape!