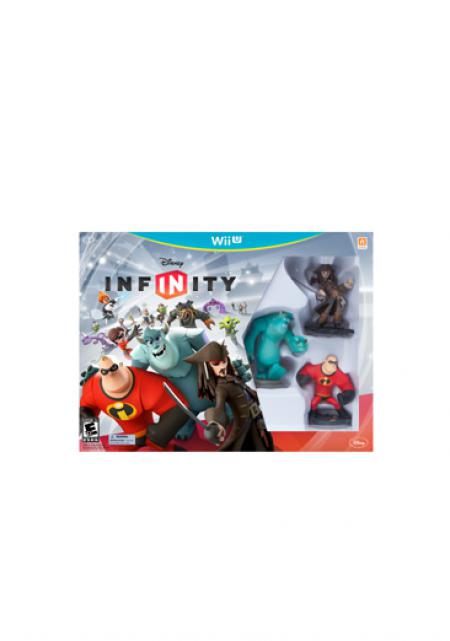 Introducing DISNEY INFINITY, a unique toy based video game where a spark of imagination unlocks the freedom to play with some of your favorite Disney and Disney/Pixar characters in their respective worlds like never before. Game features include: extreme game customization and character mingling in 'Toy Box' mode, the inclusion of everything needed for initial play including the base peripheral and three initial character figures, multiple virtual play areas, additional collectable characters/figures, single-player and multiplayer options, and unlockable online and mobile content. Disney/Pixar Characters and Worlds Like Never Before With DISNEY INFINITY players truly enter the worlds of their favorite Disney/Pixar franchises, and wield the abilities of their favorite characters. Simply place your INFINITY figures onto