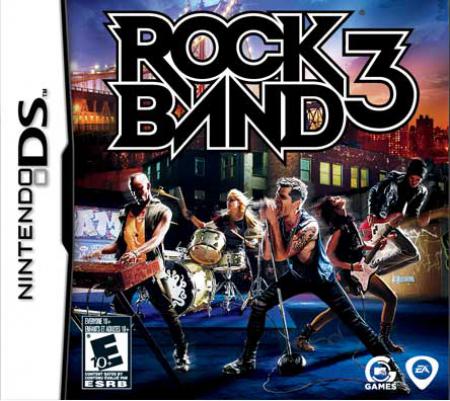 Rock Band 3 is the next generation of the ultimate social and interactive music gaming platform developed by the category's leading pioneers, Harmonix Music Systems. Featuring innovative game modes and instruments, Rock Band 3 will change the way fans think about and play music games. The Most Music. Period. The RB3 disc soundtrack contains over 80 of the best bands from around the world, including bands that have never appeared in a music game, and support for existing Rock Band tracks (previous Rock Band discs, downloaded songs and track/artist packs). Plus, RB3 will give you immediate access to a library of over 2000 songs, with new content added weekly. Rock Band's gigantic music library dwarfs that of Guitar Hero or any other music game. Redesigned Music Library. Create and save set lists, and share them with your friends online. Improved song sorting makes it easier