Free Shipping for all orders over $35! Order Now and Receive it by Monday, April 26 Order online and Pick up In Store to get a 5% Discount on all Games and Accessories 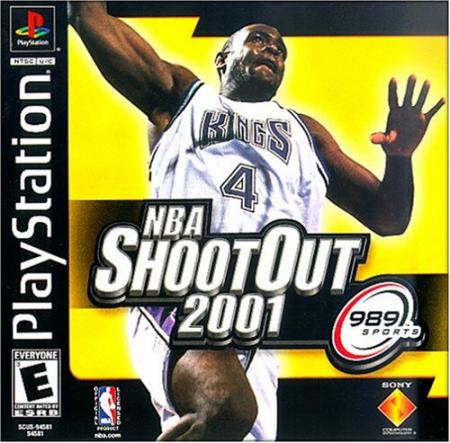 NBA Shootout 2001 is an officially licensed basketball game that features all the current NBA teams at the time including top players such as Shaquille O'Neal, Alonzo Mourning and many others. It has the standard set of modes that included exhibition, playoff and season mode. Players also had a choice of either playing a more fast paced game with Arcade or a more realistic experience with Simulation. It features over 400 different plays to choose from including team specific plays and also has awards such as Defensive Player of the Year, Rookie of the Year and MVP that is handed out in season mode. Players can also play against each other in a versus mode.