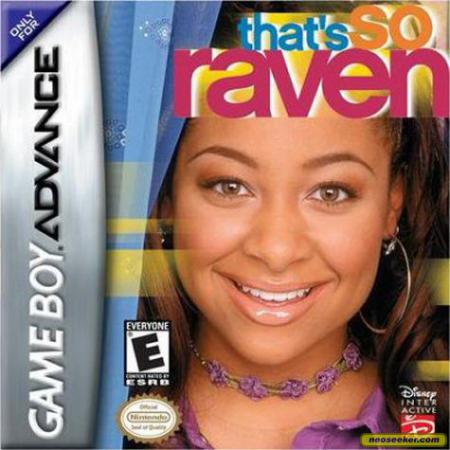 Ravenesque Help Raven through her school daze. When you're a teenager, it sometimes feels like one thing after another goes wrong. Raven's life is no different. You can help her sort out the drama in Disney's That's So Raven. Features Play as characters from the TV show Three save slots Unlockable bonus pictures Being a teenager would be fun if everything went right. Raven will never have to worry about that problem. As it is, her psychic premonitions get her in more than enough trouble. In Disney's That's So Raven, you play as the title character as she tries to get herself out of tricky situations. Each of the four episodes has five side-scrolling levels set in the mall and school. Raven needs to complete a goal on each level. Completing a bonus goal will unlock photos for her yearbook. She'll need to avoid all kinds of obstacles to reach those goals. She walks in the middle of food fights. People throw books at her. Hall monitors want to see her pass. She even needs to dodge AV carts and janitors cleaning the floors. Raven is armed with bottled water to spill in front of the carts and perfume to temporarily gag everybody else.