Free Shipping for all orders over $35! Order Now and Receive it by Sunday, January 30 Order online and Pick up In Store to get a 5% Discount on all Games and Accessories 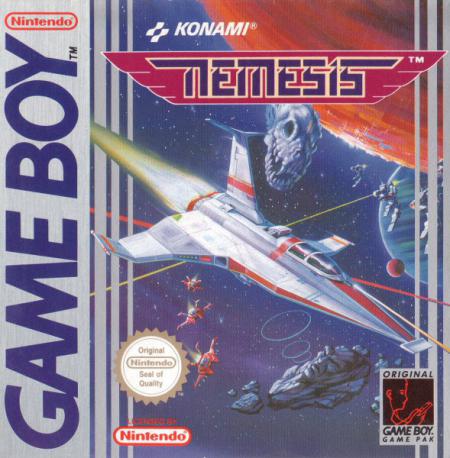 Nemesis is the first entry in the long-running Gradius series on the Game Boy. Its side-scrolling shoot'em up gameplay follows the series template closely. Players control the Vic Viper through five levels, most based on levels in earlier entries, for a kind of 'greatest hits' of the series. There is a cave level, the mandatory Moai stage, a Gigeresque organic level, a graveyard and a high-tech base. Besides the classic core ship in the first level, all boss enemies are entirely new.