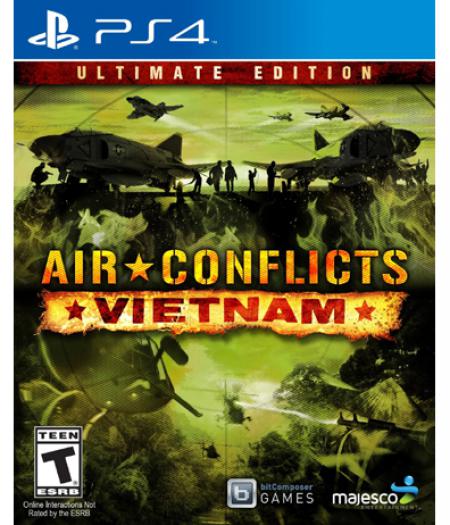 Vietnam. 1965. A long-simmering conict escalates into a full-edged war, and you are about to become a big part of it. Jump into the cockpit of some of the nest combat aircraft as young Joe Thompson, a newly minted U.S. Air Force pilot. He is brave, talented and ready to do his duty, but his experiences during this war will change him forever. Air Conicts: Vietnam is an arcade-styled air-combat game that immerses players in the harrowing skies over Vietnam. Take to the air in screaming ghter jets or grab the controls of devastating helicopter gunships as you shatter enemy encampments with explosive ordinance, decimate North Vietnamese ace ghter squadrons, escort bombers as they deliver their deadly payload, or rescue stranded soldiers and deliver support troops to the ever-changing front lines of the vicious battleeld.