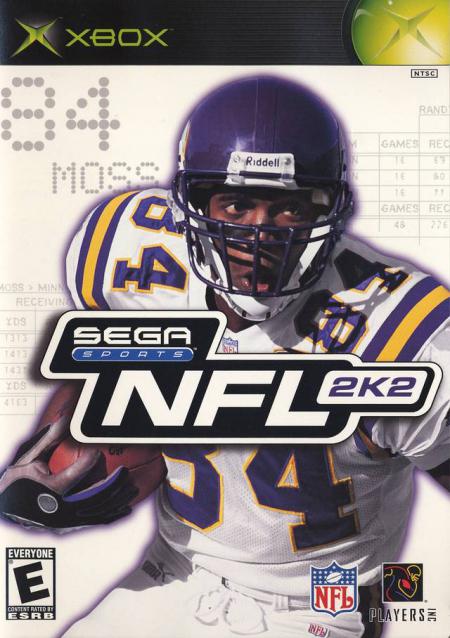 Make the big guys stand and deliver nonstop gridiron action in the hotly anticipated Xbox version of NFL 2K2. The Sega Sports NFL franchise charges onto the next-generation football field with this one, an electrifying new game that's exciting to watch and even better to play. Created by the team that owns the genre on Dreamcast, NFL 2K2 for the Xbox video game system combines the superior gameplay of its predecessors with brilliant graphics and broadcast-quality presentation possible only on today's most sophisticated interactive entertainment systems. On the field, the offense is juiced with true-to-life QB logic and an advanced passing/catching system that redefines receiver intelligence. On the sidelines and in the booth, the authenticity of an NFL contest shines through with detailed player faces, TV-style camera work and color commentary. This game comes with completely updated rosters and stadiums for the season, so prepare to generate the power of NFL 2K2.