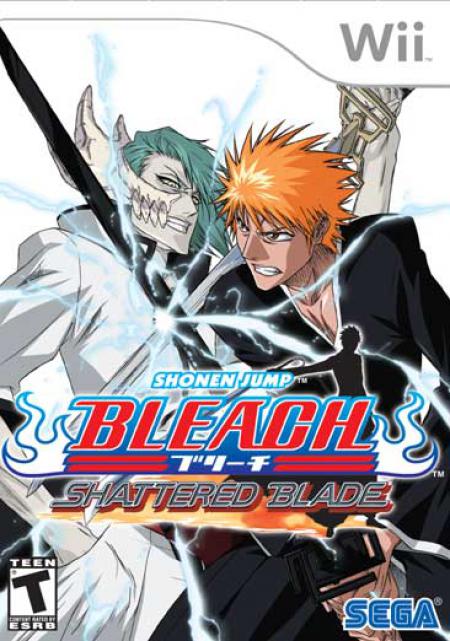 Bleach: Shattered Blade for the Wii enables gamers to wield the Wii Remote(tm) and Nunchuk(tm) as their weapons - slashing, jabbing, and lunging in furious battles like a real Soul Reaper. Bleach: Shattered Blade offers an exclusive storyline created specifically for the Wii with 32 characters to choose from. Once a new character is unlocked, players can replay the story episodes utilizing the characters' special moves and weapons which brings a whole new perspective to the storyline. On the Wii, each character can perform special attacks that inflict massive damage on opponents with powerful weapons and super power attacks taken straight from the TV series. Characters can summon supernatural allies for battle support such as a giant serpent, a samurai titan, or a tidal wave. Gamers can also square-off against friends in high-speed multiplayer combat in