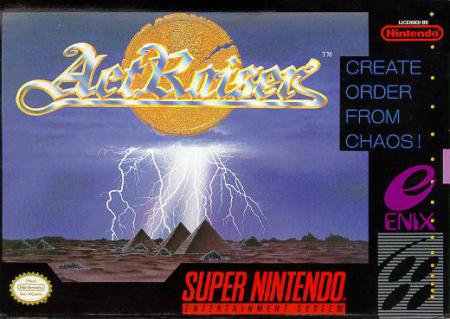 ActRaiser combines side-scrolling action with world-building strategy set within a fantasy realm. As a deity called The Master, your task is to overthrow evil forces by reclaiming your land and amassing a population of followers. Action sequences allow you to possess a warrior statue, using its sword and magical attacks to destroy evil in six lands, while the simulation mode consists of clearing out deserts or swamps, constructing cities, and keeping their populations safe. While neither mode is the height of its respective genre, the unique combination and a beautifully orchestrated soundtrack result in an engrossing and enjoyable adventure.