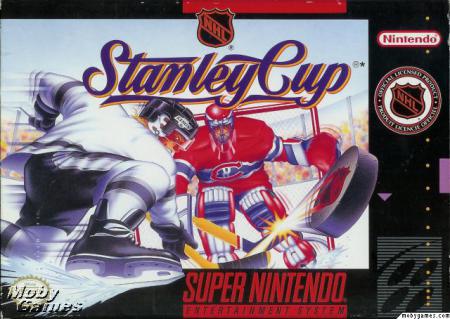 The Montreal Canadians, LA Kings, Toronto Maple Leafs. Detroit Red Wings. These are just a few of hocker's elite teams that hit the ice in a quest for sport's most prestigious trophy in NHL Stanley Cup. This is the game as it's meant to be played: hard-hitting and lightning fast; bone-jarring yet graceful. NHL Stanley Cup's unique, super-realistic, three-dimensional viewpoint on the action puts you in centre ice, always on the puck, always in the play. The Stanley Cup is waiting to be won - do you have the guts to take the glory?