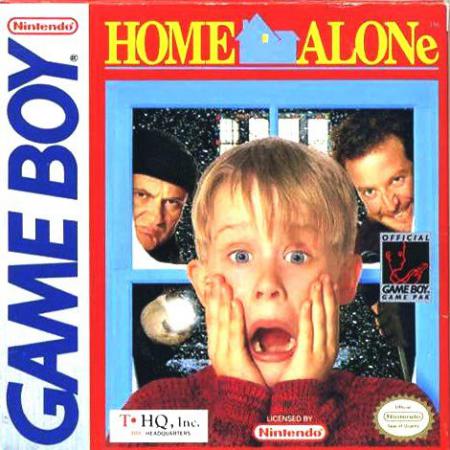 Macaulay Culkin briefly became a child star following the film Home Alone, in which he played Kevin McCallister, who is accidentally left behind by his family when they go off on holiday. During this time, burglars attempt to break in, and Kevin must foil them. Playing as Kevin, you start off on his trusty sled, but the main job is to get to the house and make it burglar-proof. This involves setting traps throughout the house. Useful objects such as a Crossbow, Wire and Pepper can be combined to make fiendish weaponry. You must also lock up any valuables you find, to avoid the family losing them.