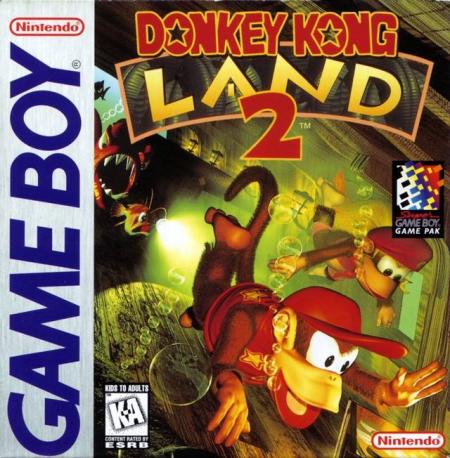 Captain America and the Avengers
376.99

Cartridge Only DONKEY KONG LAND II: Diddy's Kong Quest continues the simian shenanigans of the DONKEY KONG LAND series on Game Boy. This time, the big guy himself has been captured by King K. Rool and is being held for ransom. The price? Only DK's precious banana hoard! Diddy Kong sets out in this side-scrolling adventure with his new friend Dixie Kong to save Donkey Kong and show the Kremlings not to mess with the Kongs! Dixie Kong brings a whole new set of skills to the table with her ponytail-whipping attacks. Animal friends such as Enguarde the swordfish and Rambi the rhino return with even more new animals to lend a hand! Diddy will need it too, because this time the quest spans 40 levels, packed to the gills with secrets. DONKEY KONG LAND II uses the same ACM technique for the graphics, only this time they're more refined. The result is a spectacular-looking Game Boy game.