Free Shipping for all orders over $35! Order Now and Receive it by Sunday, May 23 Order online and Pick up In Store to get a 5% Discount on all Games and Accessories 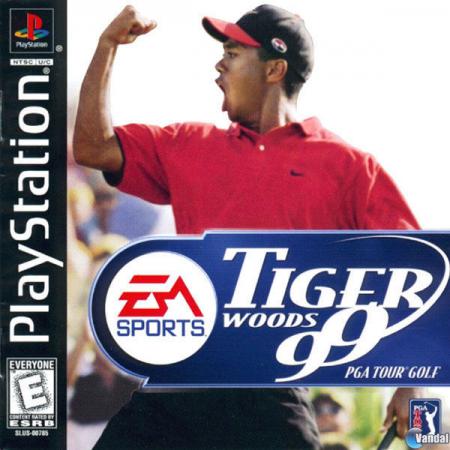 The next generation of EA's PGA Tour series. Essentially, the game uses the same mechanics as previous PGA Tour games with some technical improvements and modifications on the interface. Two swinging modes are available: the old twitch-and-click one and the new "Analog Pro Swing" which is a mouse-motion swing type, a la SimGolf. The swing bar has been revamped to include all relevant information and the overpower mark has been replaced with the "Tiger Zone", an arcade style gimmick that makes the game shout "Tiger Shot!!" and makes your character glow with electricity when hitting the ball. The game comes with 3 18-hole courses: Pebble Beach Golf Links, TPC at Summerlin and TPC at Sawgrass, but also for owners of previous PGA Tour games, the game has the option both to export this courses to and import the courses from PGA Tour 96 for Windows, PGA Tour Pro, PGA Tour Gold, PGA Tour Laptop and some of the course disks into Tiger's game complete with new renderings on the brand new engine that uses a combination of 2d pre-rendered backdrops, 3d foregrounds and digitally captured golfers. The golfers include Tiger himself as well as 7 other PGA champs and an option to create a custom player. Game modes available include practice, stroke, tournament, skins, shoot-out, match play, foursomes, fourball and driving range. Multiplayer gameplay is also supported with voice and text chat and up to 4 player gameplay.