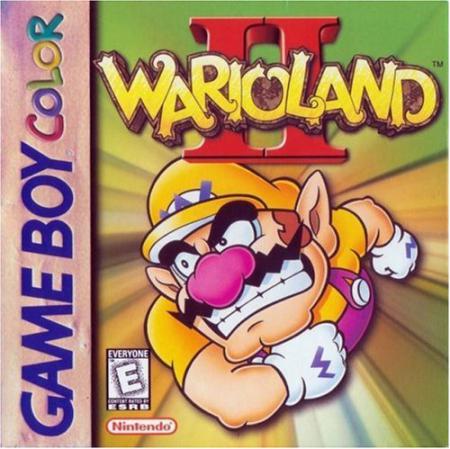 Snow White and the Seven Dwarfs
6.24

Wario's adventure has been powered up and re-released to take advantage of the awesome graphics available on Game Boy Color. Wario may be looking better than ever, but that certainly hasn't improved his disposition. Captain Syrup and her comrades -- who are even more ill-mannered than Wario himself -- have swiped Wario's treasure and left his castle thoroughly trashed. To reclaim his treasure and sock it to Syrup, Wario must journey through as many as 52 baffling levels, gathering coins, trouncing troublemakers and solving mini-puzzles. The new version of Wario Land II provides the same great gameplay as the original, but delivers the action in full eye-popping color. This backward compatible Pak weighs in at 8 megabits. Wario Land II now features providing multiple routes and endings which encourage players to replay the adventure more than once. Taking a page from Yoshi's Story but piling on lots of attitude, Wario Land II follows 12 stages called "chapters" that are broken into 52 levels, called "stories." Wario gets squished, scorched and goodness knows what else into nine all-new forms, which may be a record for a Game Boy character not named Kirby. For example, when a heavy weight mashes Wario into Flat Wario, he can enter narrow areas. When a bee stings Wario, he puffs up to become Stung Wario, who can float up to ledges. There's also Hot Wario, Frozen Wario, Large Wario, Tiny Wario, Bouncy Wario and Crazy Wario. Weirdest of all has to be Zombie Wario, who can fall through floors but changes back to normal when exposed to sunlight. Wario Land II comes packed with puzzles that will bend the brains of even the most experienced player. The nonlinear structure means you'll have to explore for hidden routes and treasure rooms. Secret exits allow you to skip whole levels. A concentration-style challenge, called the Treasure Game, calls on you to correctly pick one character from eight that briefly appear. Another mini-challenge requires you to identify a number covered by panels after paying for several peeks. Even though Wario looks like a bruiser, he shouldn't try to beat the tar out of everyone who crosses his path. Some are quite helpful, such as a super-strong owl that gives Wario a lift. The dozen boss battles call on Wario to exercise some unusual talents. He'll even have to play a game of one-on-one basketball! Looking better than ever and bristling with innovative features, Wario Land II is a powerhouse Pak. Games like this are awesome examples of the wonderful graphics and gameplay available with Game Boy Color! Wario Land II is compatible with both monochrome Game Boys and Game Boy Color.