Free Shipping for all orders over $35! Order Now and Receive it by Wednesday, December 09 Order online and Pick up In Store to get a 5% Discount on all Games and Accessories 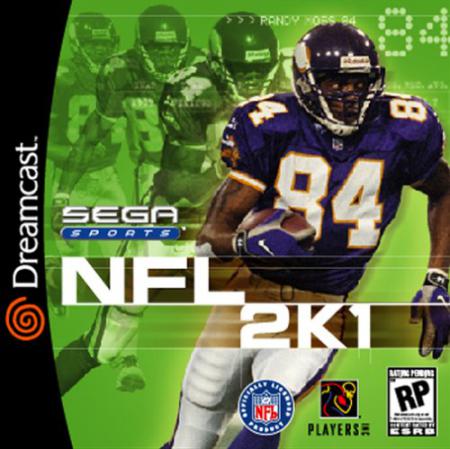 NFL 2K1 is the follow-up sequel to the popular NFL 2K for the Dreamcast. NFL 2K1 provides several upgrades to the series, including individual team playbooks, an improved passing model, an improved running game, and online play. This game features all 31 NFL teams, season and franchise modes, a practice mode, a play editor, over 2000 motion-captured animations, and the ability to download updated information from the Internet.