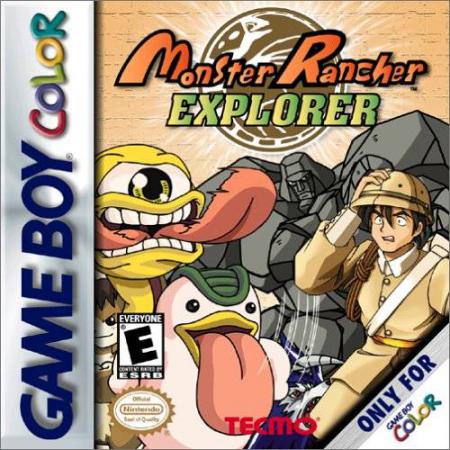 Monster Rancher Explorer is an updated port of Tecmo's 1987 NES game, Solomon's Key and features environments, characters and monsters from the Monster Rancher series of games. The game is a platformer with action elements. Each level requires a puzzle to be solved within a time limit, giving the successful player a key to unlock the next level. Bad monsters will attack on most levels, so in addition to moving blocks to get to the key on each level, a player needs to dispatch bad monsters before being killed by them. There are good monsters to meet, several hidden bonus levels, bonus items, and treasure to be found.