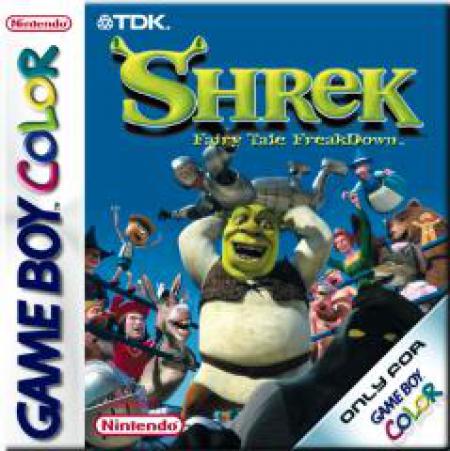 It's a hassle in the castle. Based on the film, Shrek: Fairy Tale Freakdown is a game that lets you fight with the star characters. Punch, kick and toss spells through fights on your way to victory. Earn your mark as the Ultimate Champion. Choose from 9 characters, including Shrek, Princess Fiona, Lord Farquaad, Pinocchio, Gingerbread Man, Thelonius, Big Bad Wolf, Monsieur Hood and Dragon, 3 of which are secret characters to be unlocked. Each character has his or her own special moves.