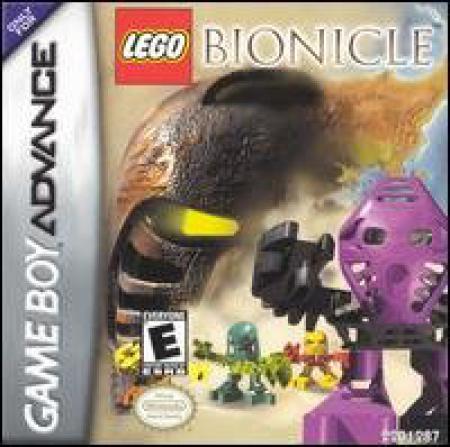 Arthur and the Invisibles: The Game
4.90

What's a Bionicle? Where is the Tohunga? Practical questions aside, LEGO BIONICLE: Tales of the Tohunga takes the little plastic pieces to new heights in this glorious 32-bit game. Inspired by LEGO's Bionicle series of toys, the story of the title revolves around an ancient tribe of robots who lived on the distant island of Mata Nui. The robot tribe is called the Tohunga, and there's a legend among them that one day a brave member of the group will trek out into the wilderness to recover the six Toa Stones each of which is necessary to summon the mighty Toa and restore peace to the once tranquil island. Step into action and conquer 20 levels of adventure, handling traps, obstacles, and enemies. There are dozens of puzzles to solve, and you can actually create characters for the game from LEGO blocks, uploading your concoctions into the video game (no kidding!). One of the more creative ventures ever attempted on a handheld system, the game lets as many of four players compete via link cables and separate consoles.