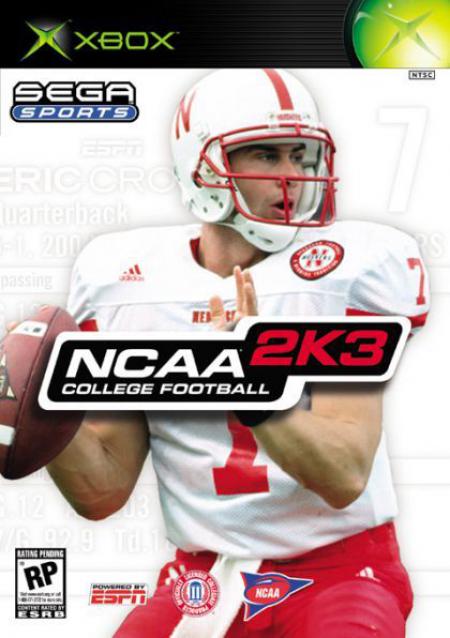 While the basic game engine is based on SEGA Sports NFL 2K3 game, SEGA Sports NCAA College Football 2K3 does far more than just paste on college uniforms. NCAA 2K3 uses different character models than NFL 2K3, giving the athletes the slightly slimmer look of college-age players. Playbooks are also designed to take full advantage of your quarterback's rifle arm or your halfback's shake-and-bake moves. You can call reverse plays, the quarterback option and lots of long passes to rack up the lopsided scores that are often characteristic of college ball. SEGA Sports NCAA 2K3 includes all 117 Division 1A schools, and while it does not contain real player names (the ever-watchful NCAA won't allow its student-athletes to be exploited, y'know), it does allow you to edit names, which will then appear on jerseys. Rosters and ratings are based on 2002 squads.