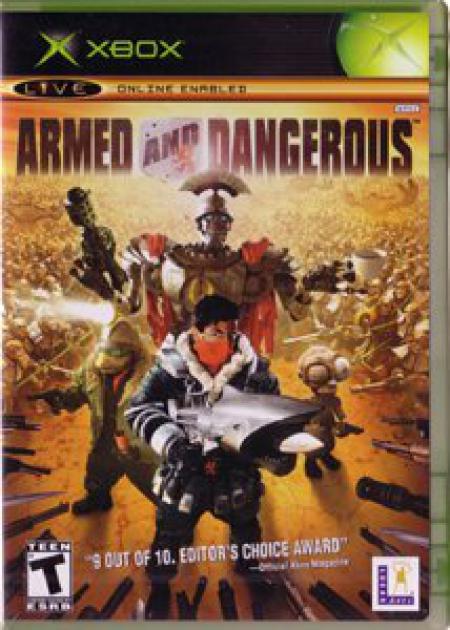 What do you call a band of gun-toting rebels, including a robot, a madman, a mole, and a criminal mastermind? The answer is Armed & Dangerous, a game that gives you a ragtag crew with an impossible mission: Pull off the biggest heist of all time in the middle of a war. All you have to do is battle your way through dastardly enemies, giant war machines, and an army of psychopathic robots. But don't worry; your team has plenty of ammo and absolutely no common sense.