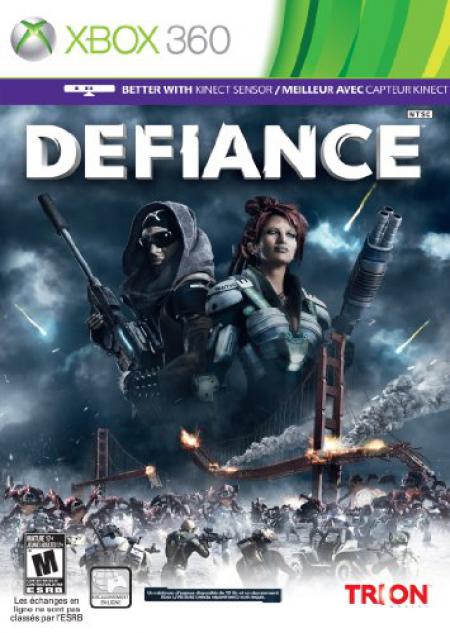 DEFIANCE is the first multi-platform shooter MMO, that in a ground-breaking entertainment experience, interconnects with a global television program on Syfy. The game combines the intense action of a console third-person shooter, with the persistence, scale, and customization of an MMO, while its TV counterpart exudes the scope, story, and drama of a classic sci-fi epic. "Arktech" many folks die for it. Everyone kills for it." Unite with countless players for nonstop, pulse-pounding combat in Defiance, the third-person shooter MMO coming to Xbox 360, PlayStation3, and PC. Wield the firepower of the future against alien horrors, ruthless thugs, and your fellow Ark Hunters. Join the transmedia revolution as your victories in a rich, seamless persistent world impact the tense serial drama coming to Syfy! Key Features: Vehicles - Terrestrial Motorworks has fused human and Votan techn